At one point or another, we must all have heard about the terms “Bitcoins” or “cryptocurrency”. What is sometimes slightly more abstract and challenging to understand is the technology behind it: Blockchain. This technological architecture can be applied to many more sectors and applications.

It is the developer of Bitcoin, Satoshi Nakamoto, who presented the blockchain as we know it today. Therefore, we can consider that blockchain technology began with the Bitcoin network and was designed specifically for this digital currency. As time went on, blockchain started being used in other areas and even met a new turning point when Ethereum was put in place and brought about the smart contracts. These new contracts are self-managing on a blockchain and constitute a second generation of blockchain technology.

In this article, we will be giving the fundamentals to understanding a blockchain, as well as some of its many applications. 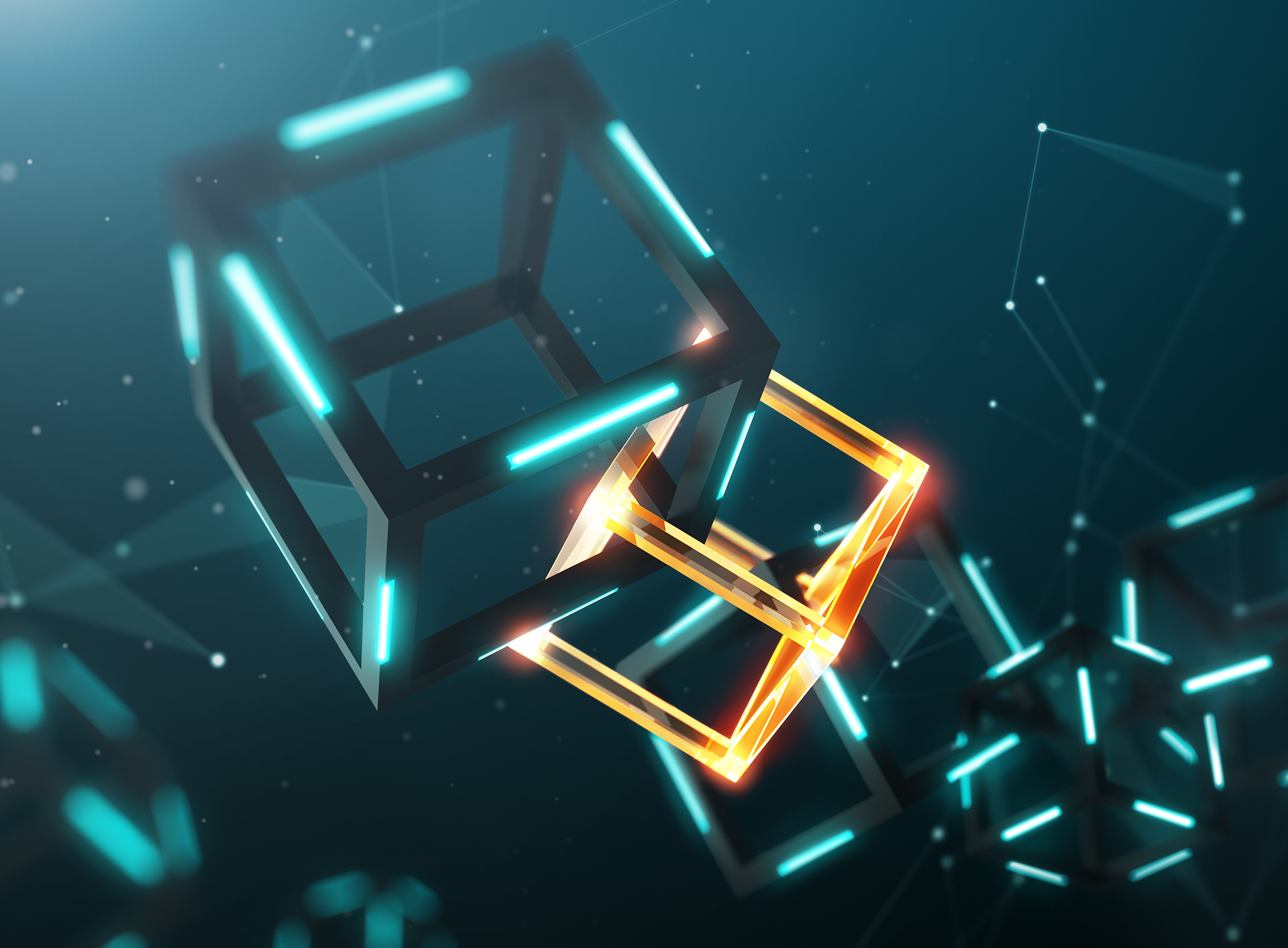 Blockchain can appear complicated and abstract at first, however its core concept is relatively simple. Indeed, Blockchain is first and foremost a type of database: it corresponds to a collection of information that is stored electronically in a particular way. Nonetheless, a blockchain differs from regular databases, based on how the data is structured. Unlike a database which stores its information into tables, a blockchain stores information into groups, called blocks, which hold a set of data. When blocks are filled, they are chained onto previously chained blocks. This forms a chain of data, which is known as “blockchain”. Hence, all blockchains are databases but not all databases are blockchains.

In addition, when new information comes in, it is stored into a new block and each of the blocks are given an exact timestamp, thus creating a timeline in the chain. This timestamp is also known as a “hash” and makes it easy to identify transaction on the blockchain.

Properties of a blockchain : decentralization and transparency

One of the most important characteristics of a blockchain is decentralization. Indeed, no single person or authority has control over it, but instead the transactions are verified and confirmed by an online community, thus making it decentralized. Hence, data is stored across a peer-to-peer network which allows for transparency, security, and speed.

Therefore, a blockchain is a community-based platform, which means that in most cases, anybody can contribute to the network to help verify the transactions. To do so, they allocate some of their computational power, which supports the system. Blockchain follows the rules of cryptography, an advanced mathematical area based on algorithmic puzzles. Once a blockchain and its community have solved an algorithmic puzzle, the rules of cryptography state that a transaction is valid and authentic. 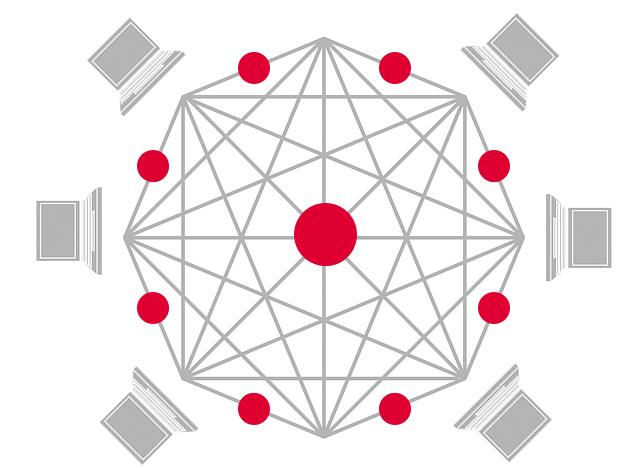 Each computer connected to the blockchain is called a “node” and attempts to solve the puzzle as quickly as​​​​​​​ possible. Thus, in a blockchain, each node has a full record of the data that has been stored on the blockchain since its incorporation. Then, if one node contains an error in its data, then any other node can be used to correct it. However, not a single node in the chain can alter the information held within it. Hence, transactions in a blockchain are irreversible.

Moreover, thanks to this decentralization property of a blockchain, all transaction can be viewed by an individual node: we refer to this as transparency. Thus, each node has a different copy of the chain that is updated each time a block is added.

Blockchain uses different methods to allow for security in its processes.

First, each new block is added at the “end” of the chain. Thus, new blocks are stored linearly and chronologically. As mentioned previously, once a block has been added to the end of a chain, we can only alter that block if the majority reaches a consensus to do so. This is due to the fact that each block contains its own timestamp or “hash” as well as the hash of the previous and following block. These hashes are created using a mathematical function that converts an input of arbitrary length into an encrypted output of fixed length. Hence, if information is altered, the hash is modified.

Therefore, for an individual to succeed in a hack, he/she would need to simultaneously control 51% of the nodes, i.e. a majority, so that a new or altered block is approved and not cast as illegitimate. Following the process of decentralization allows to limit this risk of the so-called “51% attack”.

In addition, blockchain transaction are not anonymous but pseudonymous. Indeed, once a transaction is confirmed, everyone in the chain can see the information that was sent, the corresponding timestamp and the wallet address of the sender and receiver. This address is the only information presented about the sender and the receiver and serves as an alias for these individuals. This process further allows for transparency and security in the blockchain technology.

Some applications of blockchain

By now, we all know that blockchain has an important application in monetary transactions, whether it be with Bitcoins or any other cryptocurrency. However, aside from banking and smart contract uses, a blockchain is actually a very reliable way of storing data for many other types of transactions.

Indeed, blockchain is now being used in healthcare for many data storages. For instance, health care providers can use a blockchain to store their patients’ medical records and information. This provides a guarantee to the patients that their records cannot be changed once they have been written into the blockchain, and that only individuals with the corresponding key will be able to view their information. Trials using blockchain with medical data have shown promising results. An example of a trial is one conducted by MIT Media Lab and Beth Israel Deaconess Medical Center, which showed that blockchain worked well to track test results, prescriptions and treatments over 6 months. Plans are now being made to extend this trial to a real-world implementation.

Furthermore, blockchain has been recently used in the voting system. Indeed, this was tested in the November 2018 midterm elections in West Virginia, USA. Similarly, Tsukuba City was the first Japanese City to introduce blockchain digital voting by integrating a Japanese startup, LayerX, into their voting system. These various use cases showed very effective, which led other countries such as Russia, South Korea Thailand, and India to look into incorporating this technology into their voting systems. Voting with blockchain has the potential to eliminate election fraud and prevent votes from being tampered with. Furthermore, the use of this technology would allow to maintain transparency and provide officials with almost instant results.

In addition, blockchain experts believe that this technology could represent a solution for many challenges faced by the energy industry. Indeed, blockchain can offer security, immutability, and immediacy for energy trading. Most importantly blockchain can also be used to certify the source of green energy. Using this technology, companies can link plants where electricity is produced to specific points of consumption, thus allowing the source of the energy to be traced. This would promote the use of renewable energy and certify that the energy supplied is 100% from green sources. For instance, CEN, Chile’s electricity coordinator has developed a new technology called Renova, which aims to prove that the mining of copper in the country is energy efficient using renewable energy. Similarly, Iberdrola in Spain in incorporating blockchain to their workflow to certify the sources of green energy.

Many more known applications of blockchain exist, such as in banking and finance, in currency, in smart contracts or even in records of property.

However, these blockchain uses have a cost, more specifically an environmental cost. Indeed, by mining, storing, and distributing information across a network of computers, blockchain represents an extremely large energy consumption. For instance, according to the Bitcoin Energy Consumption Index, the world energy consumption of Bitcoin is almost equal to the consumption of countries like Bahrain or the Slovak Republic. This environmental dimension has become an important concerned linked to the blockchain technology and has even pushed important economical actors to take action against it. For instance, Elon Musk tweeted about his concern and decided to suspend the use of Bitcoins to purchase Tesla vehicles, until a more energy sufficient technology can be found (https://twitter.com/elonmusk/status/1392602041025843203) Hence, the carbon footprint of Bitcoin mining is mind-blowing and thus leads to the demand for “green coins”. Fortunately, other cryptocurrencies operate on blockchain but do not require the same amount of energy. For instance, Ethereum’s teams is preparing to transition to the Proof-of-Stake (PoS) consensus model, which is projected to drop the energy consumption of the currency by 99%. Hence, this modification would be 7,000 times more energy-efficient than Bitcoin.

Hence, blockchain is a specific type of database which allows to store data in a new and safer way. As we enter the third generation of blockchain, new challenges and applications will emerge, making blockchain a “must-have” for many industries. Hopefully this article will have given you a clear understanding of the fundamentals behind blockchain and some of its main applications.